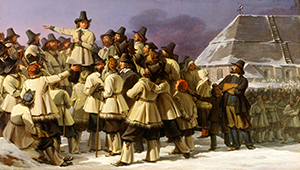 Swedish history comprises more than 10,000 years and starts after the last glacial period when settlers arrived to the northern parts of the country from the east as well as from the south. Agriculture was introduced during the Stone Age. The process of creating political unity started about 1100 A.D. Over time, Sweden was influenced by other cultures such as the Germans during the middle Ages and the French in the 18th century. After winning wars against Denmark-Norway, Russia, and Poland during the 17th century, Sweden emerged as a Great Power. By the treaties of Brömsebro, 1645, and Roskilde, 1658, Sweden acquired important provinces of Denmark and Norway. Russia, Saxony-Poland, and Denmark-Norway pooled their power in 1700 and attacked the Swedish empire. In the subsequent peace treaties, the allied powers, joined by Prussia and by England-Hanover, ended Sweden’s reign as a great power. From 1750 to 1850, agriculture went through a period of modernization, where it shifted gradually from village to private farm-based agriculture during the Industrial Revolution. This led to increased production but also a number of farm laborers without property. Some tried to find jobs in the towns; others left the country, mainly for America. During and after World War I, in which Sweden remained neutral, the country gained from the world-wide demand for Swedish steel, ball bearings, wood pulp, and matches. Post-war prosperity provided the foundations for the social welfare policies characteristic of modern Sweden. In 1994, a further step towards internationalism was taken, when the Swedish people decided in a referendum to join the EU.ion.

The capital of Sweden, Stockholm, is also the country’s largest city, with more than 930,000 inhabitants. Other large cities are Gothenburg, in western Sweden (population 550,000), and Malmö (population 300,000) in the south. Uppsala and Lund are well-known university cities. The monetary unit in Sweden is the krona (plural “kronor. Sweden has yet to ratify the Euro treaty.

Sweden has among the EU’s lowest levels of national debt, low and stable inflation and a healthy banking system. But this wasn’t always the case. The Swedish economy used to suffer from low growth and high inflation, and the Swedish krona was repeatedly devalued. Sweden was also hit by a deep financial crisis in the early 1990s. Banks became unstable and two were nationalized, unemployment rose rapidly, government spending got out of control, and so did Sweden’s national debt. The road back to stability and success was not easy for Sweden. But by pursuing inventive and courageous reforms and sticking to them, Sweden has transformed its economy and stayed strong in the face of the new global recession.all. 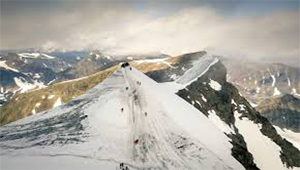 Most of the weather is of a cool temperate nature yet the southern section is known to be warmer. The west coast is also warmer than the east due to the warm waters of the Gulf Stream along the west coast. The annual rainfall is moderate due to Norway’s mountains breaking the rain. Summers are fairly low in rain but August can be quite wet. Rainfalls are common in the winter season in the far south of the country. Maximum average temperatures for July are 20°C in the south and about 17°C in the north. Some hot periods do occur in summer with temperatures soaring to over 30 °C. Winters (from October to April) are harsh when temperatures can fall to -50°C. Snow can be several meters deep in the north which gives a great environment for skiing and to about 20cm to 40cm deep in the south.  The following are some average temperatures for some of the main cities in Sweden. 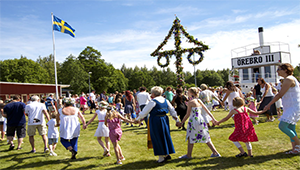 From Abba to Ingmar Bergman to Avicii, Sweden is a major exporter of culture, and the world’s biggest exporter of pop music in relation to GDP. Another global Swedish hit in recent years has been the so-called Nordic noir literary genre, led by Henning Mankell and Stieg Larsson. Look backwards in time and you have cultural heavyweights like Bergman – widely regarded as one of the leading directors in the history of film – and August Strindberg, the respected and highly influential dramatist. There are countless opportunities to get involved in Sweden’s cultural life through the concerts, plays, gigs and exhibitions held the length and breadth of the country, year-round.den. 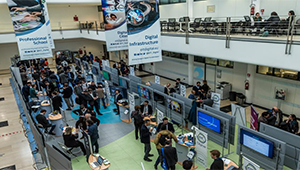 By any measure, Sweden is one of the world’s most innovative nations, and it has been called the most digitally connected economy. Swedes are early adopters of new technology and the country’s non-hierarchical society creates a fertile environment for new ideas. The Swedish government invests a higher proportion of GDP in R&D than most other nations. Generations of innovativeness have led to a long list of world-changing inventions like the three-point seatbelt, the pacemaker, the adjustable wrench and safety matches. More recent Swedish inventions include Spotify and Skype.den. 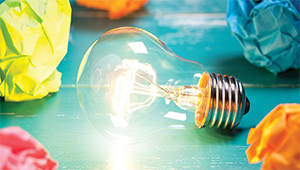 When you study in Sweden, you’re encouraged to think independently, creatively and critically. You’ll develop your ability to question the status quo by assessing information, seeking new perspectives and coming up with well-informed opinions. You’ll be free to think creatively because of the informal and non-hierarchical nature of Swedish society, where everyone is encouraged to contribute ideas and opinions.

COURSEWORK IS CHALLENGING – IN A GOOD WAY

Sweden has a long and proud history of academic excellence and despite its relatively small population, it’s home to some of the world’s best universities. The entire Swedish higher education system is ranked as one of the best in the world, and several Swedish universities are ranked by the Times Higher Education and the Academic Ranking of World Universities as being among the world’s best. 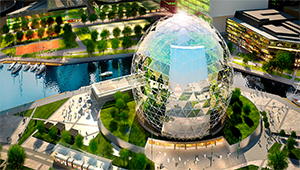 SUSTAINABILITY AND THE ENVIRONMENT ARE IN FOCUS

If you’re concerned with sustainable development for a greener future, you’ll feel right at home in Sweden. Environmental issues are high priority here, and Sweden has been named the most sustainable country in the world for its use of renewable energy (it has the highest percentage of renewable energy in the EU). Environmental thinking and sustainability are a part of all aspects of life here, including education. Studying here will give you the chance to draw on Sweden’s deep environmental experience and apply its sustainable approach to your own chosen field. 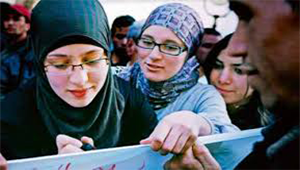 EQUALITY AND DIVERSITY ARE CENTRAL TO SWEDISH SOCIETY

Swedish society is known for its inclusiveness and equality – you may have heard Sweden referred to as the most equal country in the world. It consistently places among the world’s top countries in gender equality, while lesbian, gay, bisexual and transgender (LGBT) rights in Sweden are regarded as among the most progressive in the world.

What’s the most important thing you’ll need for success in your career? According to a global study of CEOs, it’s creativity. And creativity is exactly what studying in Sweden will foster, along with other in-demand skills such as how to combine theory and practice, and how to navigate complex situations where there’s no easy solution. 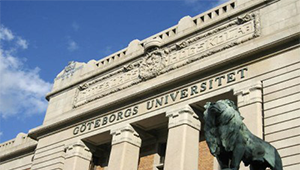 THE COURSES ARE EXHAUSTIVE,GENERAL & EXTENSIVE

I began by reading lots of scholarly articles slowly descending into writing papers, assignments and more and more like research work. Very extensive and packed! Very different from the type of education that I had in India, but quite a pleasant change. Of course, nothing came easy but that’s what the challenge is right? 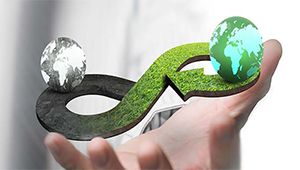 EMPHASIS BOTH ON THEORY & PRACTICAL

The semesters are designed in such a manner that balance is maintained between theory and practical. You would have lots of case studies, interaction sessions, research papers to read and presentations to skill. So mostly as a person too you have to be very calm, quick wittedand strong in written as well spoken English and have great soft skills! 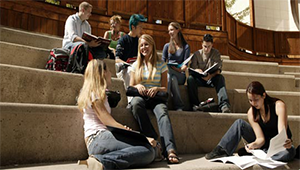 What else could a student wish from the place they study? As much as the administrative staff is helpful so are the students too. There is hardly any sort of nasty ‘competition’ brewing among the students here and they reach out to help internationals who are new to the Swedish way of studying. 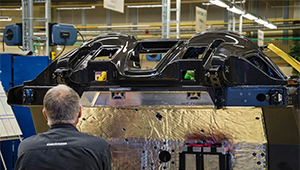 TAUGHT FROM THE PERSPECTIVE OF WORKING IN SWEDEN

My favorite point in the list. All the courses, enactments, role plays in the sessions are designed in such a way that you can relate it easily to the working life in Sweden. They prepare you for the bigger battle outside. 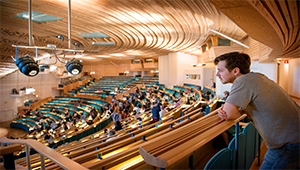 TAUGHT WORK AS WELL AS STUDY

Like mentioned earlier, one of the few universities especially in Sweden which allows you to work part time. Your pocket too is pleased and so is your brain for giving it the intellectual upliftment. Double bonanza! 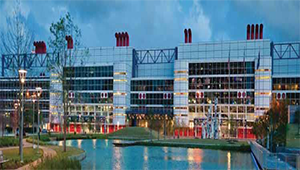 It is no secret that the country in which the coveted Nobel Prize is given has education that is of a global standard. Some of the professors have written and published their own books, and several research papers.  Students as well as the professors have worked, lived and travelled a lot abroad, studying as well as working bringing to the lectures a very diverse and global feeling. 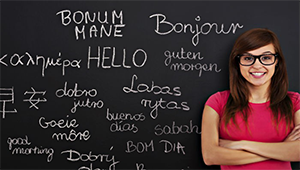 It is very good if you can manage to speak some Swedish to later on cope up with the corporate bandwagon but even if you don’t, there is no problem. Everybody speaks very good business English in Sweden and the articles too have strong English vocabulary. You might want to brush up your English speaking skills before you join the Masters/ doctorate programs.

Cost
>
Copyright © 2023 Moves Bangladesh. All Rights Reserved.
Back To Top
×